Very few furniture designers have left such an indelible mark as German born Vladimir Kagan. His iconic works have made a lasting impression on the modern furniture industry, an industry he helped define in a career that spanned six decades. Among his creations that are said to be before their time is the “Omnibus Back to Back” settee lounge which is one of my favorites by Kagan first introduced in the late 1960’s. A strong desire for the  Kagan collection even surpassed his retirement in 1987, and after sustained consumer demand, Kagan continued designing exclusive custom furniture in addition to commercial furniture for manufacturers including Vladimir Kagan Couture. Modern Staircase Ideas Modern staircases can take a room from nice to wow!  Whether it’s an older home with a… Pub Style Bar Stools There is something extremely charming about old English pubs, as  the smell of beer and the…

Here is the perfect “small space desk” for the modern decorator with limited square footage. The OneLessDesk from Heckler has… It’s nice to shake things up every once in a while.  Although the bizarre but awesome chairs in today’s roundup… Whether you want to create the perfect setting in your living room, or to beautify the waiting area of your…

Defined by chic curves, the Shelby Sectional from Della Robbia is a seating solution that not only offers modern appeal… 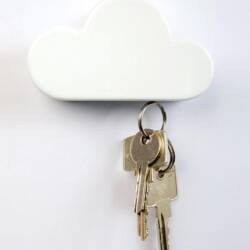 Brilliant Key Holder Ideas How many times have you heard that an acquaintance has misplaced their keys? That personal experience was my...
Read More Key Holder Ideas for Organization and Storage 2022 Bathroom wellness products are rising in popularity as people realize the benefits hydrotherapy can offer. KASCH is well versed in the art...
Read More Hydrotherapy and Wellness Whirlpool Tubs from KASCH Every parent has to be concerned when it comes to a toddler and wonder if their bedroom furniture contains harmful toxins as...
Read More Non-Toxic Toddler Bedroom Furniture Made from Bamboo