Britain, nah America, nah the entire world has been afflicted by the royal wedding fever. Unless you are living under a rock, you would know that  Prince William and Kate Middleton will be walking down the aisle on April 29th, 2011 at the famous Westminster Abbey. Even the A&D world has succumbed to the wedding frenzy and IN the past few months we have seen some good, some bad and some just plain bizarre royal wedding memorabilia. If you intend to participate in the wedding of the century in your own way then maybe you can splurge on some of the Prince William and Kate Middleton memorabilia listed below!

Kate and William Greeting Card with Teabags
Oh those Brits and their tea! If you want to dip your royals in hot water then this royal object is perfect for you and you can order it from there. Jan Constantine’s Regal Cushion Collection
A Royal Wedding memorabilia that ain’t cheesy or ugly. The Royal Wedding cushions are sophisticated and have  the names of  William and Catherine embellished in  antique gold across the heart and adorned with the crown of Prince William. The Royal Refrigerator By General Electric
No this one isn’t a gag gift and such a refrigerator does exist in this whacked out world. The refrigerator has a giant-sized photo of Prince William and Kate Middleton plastered bang on the doors and we wonder if there are actually any takers. Prince William and Kate Middleton’s Souvenir Dinnerware
The official china can be purchased from RoyalCollectionShop.co.uk and  bears the couple’s entwined initials in gold and silver surmounted by the coronet of Prince William and the wedding date. The china set features a $39 pill box, a $54 tankard and $62 eight-inch plates. Commemorative Plates By KK Outlet
Thumbs up to the creative team at KK Outlet for designing something so cheeky and dare I say honest? Unique chairs. A chairs function is not just to provide a place to sit, it is to provide a medium for self-expression. Post Views: 86 Ian Gill takes his inspiration from nature in the shape of abstract forms. As an artist, Ian’s… Post Views: 60 Looking for a sofa that offers the perfect mix of ease and personality? The Curacao modular sofa… Post Views: 46 Few things in the world can stand the test of time over decades.  Trends, colors, and technology…

Post Views: 54 Great looking furniture is always a great addition to your home but the model I am presenting… Post Views: 49 Extra bedding on the fly often leads to the conventional convertible sofa bed unless you have the… 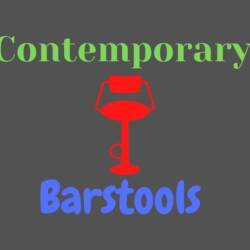 Barstool Designs Styles and IdeasWhen it comes to quality entertaining and relaxing with friends you definitely need the right furniture to make...
Read More Contemporary Barstools – Styles and Design Ideas Solar Power Products For Your Home in 2021Solar power is generally used to provide electricity for homes and buildings. You may not...
Read More 15 Cool Solar Powered Home Gadgets And Home Accessories For 2021 You’d have to make plenty of friendly wagers and win an awful lot of table tennis matches to make up for the...
Read More The $45,000 Limited Edition Ping Pong Table from Tom Burr The KOOP Chair in the images below is exactly the seating solution you need to come to after a busy day at...
Read More The KOOP Chair Acts As Your Own Comfort Zone Studio E-Glue is a godsend for parents who have to appeal to the aesthetical senses of their children. The company has released...
Read More Studio E-Glue’s Wall Decals For Children Bedrooms